A U.N. investigator says contemporary forms of slavery are widely practiced around the world, including forced labor for China’s Uyghur minority, bonded labor for the lowest caste Dalits in South Asia, and domestic servitude in Gulf countries, Brazil and Colombia.

He said in a report to the U.N. General Assembly circulated Wednesday that child labor — another contemporary form of slavery — exists in all regions of the world, including its worst forms.

“In Asia and the Pacific, the Middle East, the Americas and Europe, between 4 and 6 percent of children are said to be in child labor, and the percentage is much higher in Africa (21.6%), with the highest rate in sub-Saharan Africa (23.9%),” he said.

His conclusion about Uyghurs in China’s northwestern province of Xinjiang follows a U.S. ban imposed last December on imports from the region unless businesses can prove items are made without forced labor. There have been many claims China engages in systemic and widespread abuse of ethnic and religious minorities in its western region.

China’s Foreign Ministry sharply criticized that finding by Obokata, who is a Japanese scholar and professor of international law and human rights at Keele University in England.

In the report, Obokata said that based on an independent assessment of available information from many sources, including victims and government accounts, he “regards it as reasonable to conclude that forced labor among Uyghur, Kazakh and other ethnic minorities in sectors such as agriculture and manufacturing has been occurring in the Xinjiang Uyghur Autonomous Region of China.”

He cited two systems used by China — the detention of minorities for vocational skills education and training followed by work placement, and a poverty alleviation through labor program in which surplus rural laborers are transferred to other work. He said labor transfer is also practiced in Tibet where farmers, herders and other rural workers are transferred into low-skilled and low-paid employment.

While these programs may create jobs and income as the government claims, Obokata said in many cases the work is involuntary and workers are subject to excessive surveillance, abusive living and working conditions, restricted movements, threats, physical or sexual violence, and other inhuman or degrading treatment.

“Some instances may amount to enslavement as a crime against humanity, meriting a further independent analysis,” he said.

China’s Foreign Ministry spokesman Wang Wenbin accused Obokata of choosing “to believe in lies and disinformation about Xinjiang spread by the U.S. and some other Western countries and anti-China forces.”

He also accused Obokata of abusing his authority as a special investigator to “smear and denigrate China and serve as a political tool for anti-China forces.” He accused unnamed “forces” of fabricating disinformation on forced labor “to undermine Xinjiang’s prosperity and stability and contain China’s development and revitalization.”

“China strongly condemns this,” Wang said. “There has never been `forced labor’ in Xinjiang.”

He said China protects the rights and interests of workers from all ethnic groups to seek employment, participate in economic and social life, “and to share the dividends of socioeconomic progress.”

Obokata said minorities are also subjected to forced labor in Latin America, pointing to rural areas of Brazil, including the Amazon, where “slavery is intricately linked with economic activities that are causing environmental devastation, including illegal logging and mining.” The majority of victims are men of African descent with low levels of education, he said.

Rates of child marriage spike in marginalized communities like the Roma minority in southeastern Europe, he said. In parts of the Balkans, half of all Roma women ages 20 to 24 are married before age 18, compared to around 10% nationally, he said.

He said official data in the United Kingdom suggest a large majority of forced marriage cases relate to Pakistan and to a lesser extent Afghanistan, Bangladesh, India and Somalia.

In other regions, Boko Haram has forced Christian women and girls to convert to Islam and to marry, Obokata said, Some ethnic minority groups in Nigeria practice forced or child marriage at high rates — 74.9% among the Kambari and 73.8% among the Fulfude, he said.

Forced marriage is also a concern in the African nation of Congo, in Cambodia, India, Kazakhstan, Sri Lanka and Vietnam in Asia, and in Bolivia, Colombia, Honduras and Panama in Latin America, he said.

As for sexual slavery, which has been particularly notable during conflicts and humanitarian crises, Obokata pointed to the more than 6,500 women from Iraq’s Yazidi minority reportedly taken captive in 2014 by Islamic State fighters who used rape as a weapon of war against them. Nearly 2,800 Yazidi women and children remain missing or in captivity today, he said.

In Ethiopia, Obokata said, minority women in the northern Tigray, Amhara and Afar regions have been subjected to rape, sexual mutilation and other forms of sexual violence by parties to the conflict.

In northern Nigeria, Boko Haram has primarily targeted Christians and moderate Muslims for enslavement, including sexual slavery, he said.

In Myanmar, women from the Rohingya Muslim minority “have been subjected to systematic sexual violence by the country’s security forces which may be regarded as war crimes or crimes against humanity,” he said.

Despite the persistence of contemporary forms of slavery among minorities, Obokata said governments, national human rights bodies, civil society organizations and regional and other groups “have been playing an important role in preventing the exploitation of minorities.” 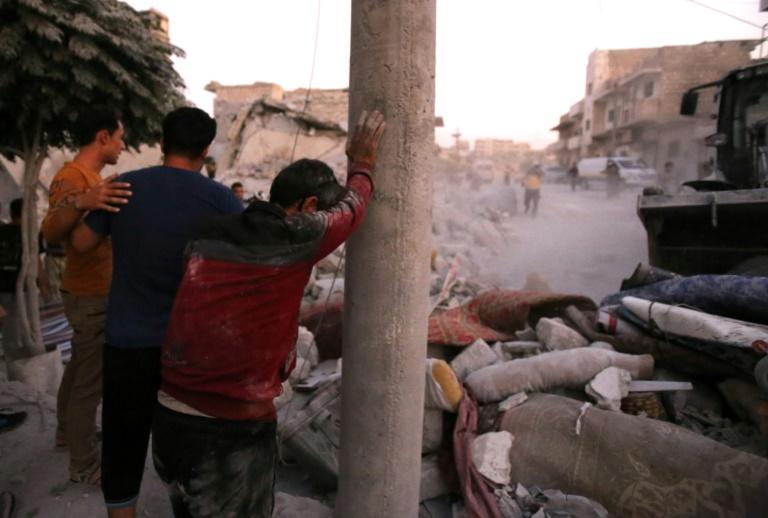