Syrian Civil Defense volunteers rushed to the house to remove the bodies under the rubble.

The Syrian Observatory for Human Rights and opposition media outlet Orient TV say the airstrike in Idlib’s town of Jisr al-Shoghour was carried out by a Russian warplane following four other Russian airstrikes in a town further north.

The sources of the airstrikes on Idlib could not be independently verified.

More than 90% of the population in that area live in extreme poverty, relying on humanitarian aid to survive.

The Syrian government in Damascus, alongside key ally Russia, frequently launch airstrikes in the area.

Turkey has warned it intends to launch a new military operation targeting the U.S.-backed Syrian Democratic Forces in northwestern Syria. Turkey says the Kurdish-led forces pose a security threat and deem them a terrorist group.

Sun Aug 21 , 2022
Kareem Fahim – 13h ago ANKARA, Turkey — In a neighborhood still scarred by hate, the Syrian refugees all but vanished one day last week. They shuttered their shops. They hurried through streets. It was the anniversary of a rampage by an anti-Syrian mob, and the authorities had delivered a warning: It […] 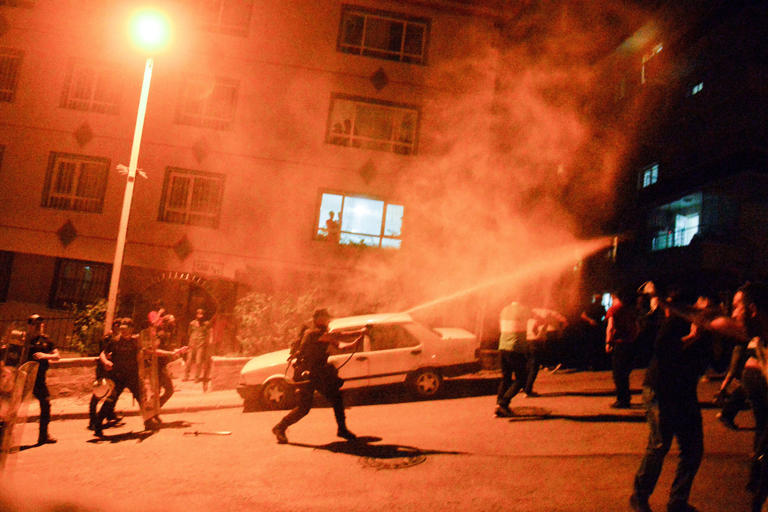