Chinese diplomats in Geneva are trying to stop the publication of a United Nations report on the human rights situation in Xinjiang, Reuters reported Wednesday.

A “joint letter” written by the Chinese mission and circulated among other member states in a bid to collectively lobby the Office of the High Commissioner for Human Rights (OHCHR) expressed “grave concern” about the U.N.’s report, the content of which Beijing has already seen.

U.N. High Commissioner for Human Rights Michelle Bachelet was panned by human rights groups in late May when she accepted the Chinese government’s invitation to visit Xinjiang and returned with inconclusive results. China framed her trip as a success that vindicated its policies in the northwestern region.

Human rights groups and governments, including the United States, believe gross human rights violations are taking place against Xinjiang’s native population of Uyghur Muslims—more than a million of whom are thought to have been subjected to abuses, including mass detention, forced labor, and religious suppression.

Beijing fiercely denies all allegations, arguing that large centers built to educate Uyghurs, widespread surveillance, and restrictive policies on Islam were implemented as part of a years-long effort to combat terrorism and religious extremism.

In the aftermath of her visit, Bachelet, 70, announced she wouldn’t be seeking a second term after her current tenure ends at the end of August. But she did commit to publishing her office’s assessment of human rights conditions in Xinjiang, a report that has been awaiting publication for a year after she had originally failed to gain meaningful access to China in 2021.

“We had discussions on specific human rights concerns, including human rights violations in the context of China’s policies for countering terrorism and safeguarding national security,” Bachelet said in an oral report to the Human Rights Council last month.

The U.N. official said she was “unable to assess the full scale” of China’s reeducation policies in the region.

Sun Aug 21 , 2022
A criminal complaint has been filed accusing Chinese officials of the genocide of Uyghurs and other minority groups. Lawyers for the World Uyghur Congress (WUC) and the Uyghur Human Rights Project (UHRP) submitted the complaint in Buenos Aires, Argentina, on August 17. They allege that the Chinese government has committed crimes against […] 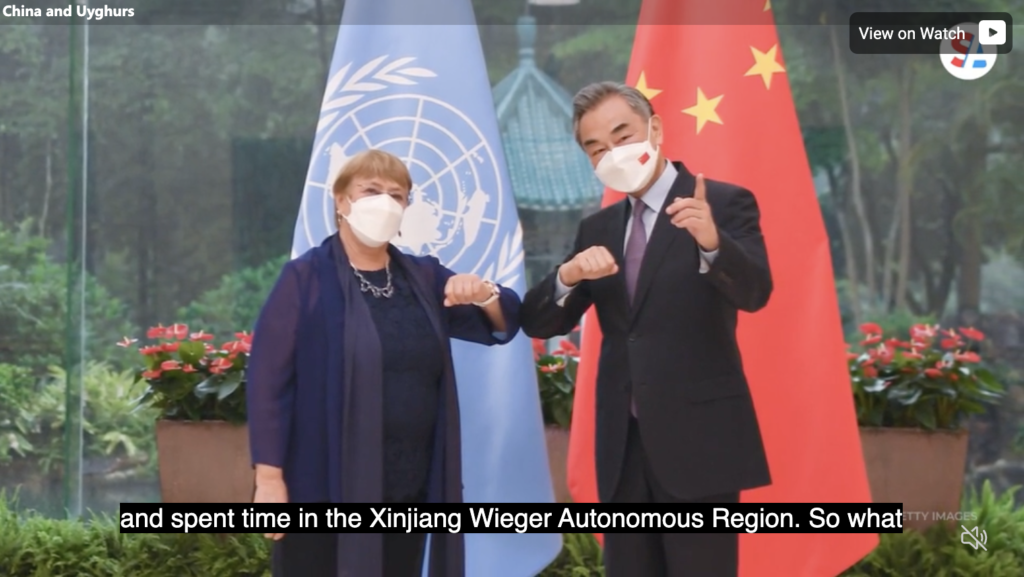